Dogs may not use words, but they can talk. 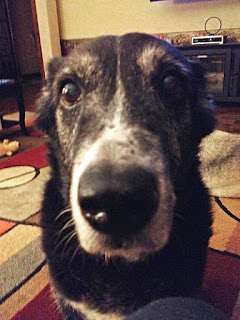 This is Lucky saying:
"Let's go for a ride in the truck. Or for a hike. Can we?"

He's so unassuming with his requests, and so seldom asks for anything, it's hard to say no. With the hint of fall in the air lately, I had to admit the mountains have been calling. So off we went - this time to Black Balsam Knob. This is a spectacular higher elevation hike, which made it a great destination on a day that would otherwise be almost too warm to take the dogs hiking. The truck's temperature display dropped from 81 to 68 degrees as we climbed the Parkway. 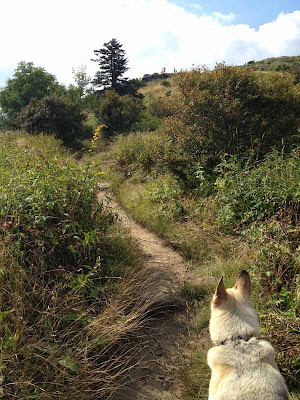 Lucky had done this trail as a young dog, but neither Lady nor Katie had ever been to the area. Excited faces crowded the little window in the back of the cab, and a trio of tails wagged joyfully. When we arrived, the dogs were like pups in their enthusiasm to hit the trail - despite the fact that two of the three are 12 years old!

The path to the summit starts out winding through thickets of blueberry and blackberry bushes, and patches of spruce forest. As you might imagine, this is a very popular hike when the berries are in season. Rising higher, the vistas grow more expansive, providing great views of a dense spruce-fir forest that skirts the edge of a meadow. 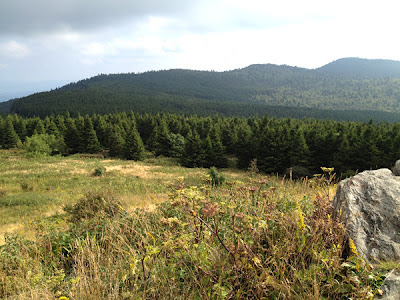 Black Balsam is one of my favorite places to hike. The mountains in this area are grassy balds due to logging and forest fires in the 1920s and 40s. It gives the entire area a unique and "faraway" feel.


The late summer wildflowers were so beautiful - both sides of the trail were lined with a kaleidoscope of purple, green, and yellow. Our hike proceeded at the pace of about 1/4 mile an hour, because I kept stopping to take photos! 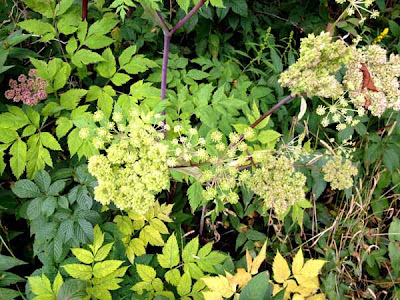 Cow parsnip grows in great profusion along the trail. This tall herb was used by Native Americans to make poultices, with the dried stalks used as drinking straws for the elderly, and as flutes for children. 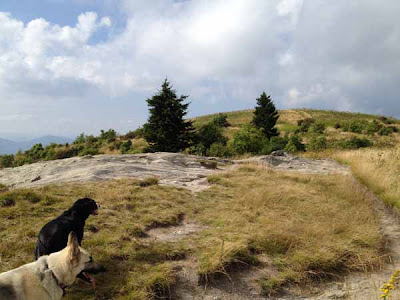 Eventually the trail becomes a winding path through a wide mountaintop meadow.


It's hard to gauge distance without trees or nearby objects as reference. From this point, it's still about a quarter mile to the summit. Even though this was a short hike, the plan was to play it by ear. If going all the way to the top seemed too much for the older dogs, we'd stop and head back. But Lucky said "Let's keep going!" 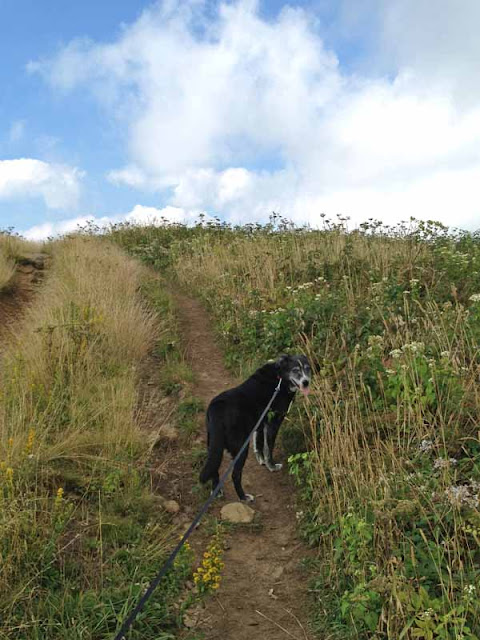 After another 15 minutes or so of hiking, we arrived at the 6214' summit. A bronze plaque embedded in the rock honors Art Loeb, for whom the trail is named -

"An industrialist, conservationist, and hiker who deeply loved these mountains."

Lady seemed to understand we'd reached our destination, and stood majestically for several moments gazing out over the Shining Rock Wilderness area below. Too bad she's the same color as the rocks. This would have been a great photo, but she was almost perfectly camouflaged! 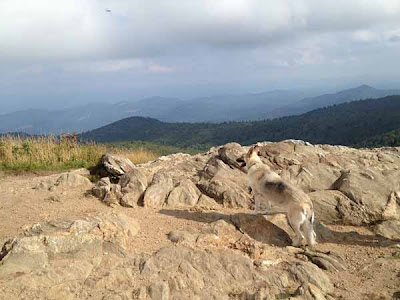 Numerous campsites dot the summit area. I can hardly imagine a more beautiful place to camp, with 360 degree panoramic views. On a clear day, they say you can see 70 miles into the distance. 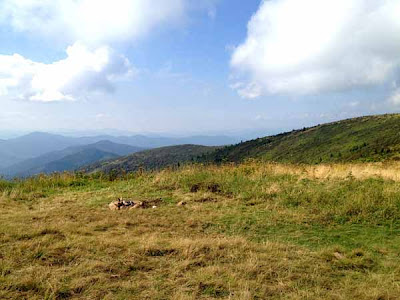 However, I would not want to be up here in a tent during a thunderstorm! 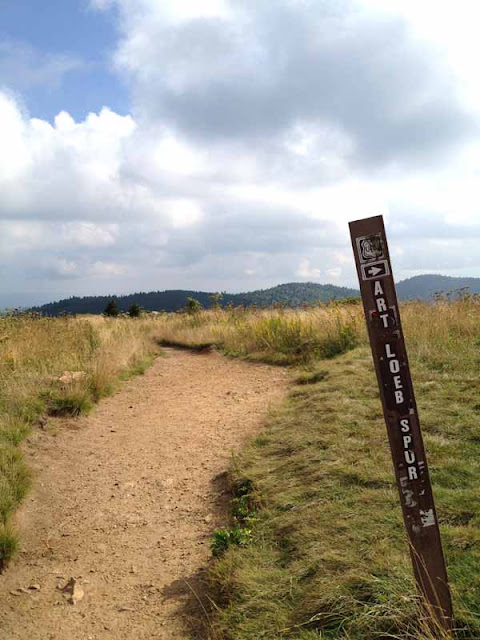 The Art Loeb trail traverses several peaks in this area. In addition to Black Balsam, you can hike to Tennant Mountain (6040'), Pilot Mountain (5095'), or to the base of Cold Mountain (6030'), which became quite famous with the popularity of Charles Frazier's book and the 2003 film. Another popular trail in this area is the Ivestor Gap trail. There are so many branching and spur trails on the broad summit of Black Balsam, you have to pay attention so you don't get lost!


After exploring the broad summit for awhile, we headed back. Lucky was a bit wobbly on the way down and had to be helped over a few of the steeper rocky areas. Seems like his enthusiasm for the hike might have exceeded his physical abilities a bit. He wasn't too bad off though - on the ride home, while Lady and Katie were out of sight resting on their beds, Lucky was up, his happy face in the window, and his nose taking in all the passing smells.


Lady, Lucky, and Katie all agree - when the mountains call, go. 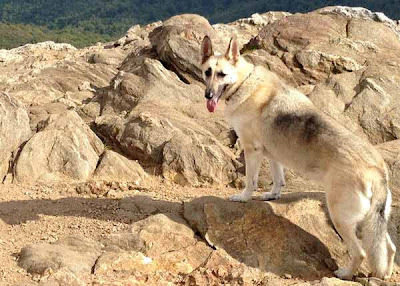 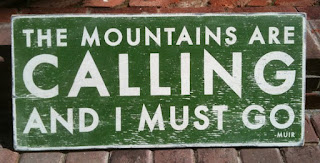