On Rainbows and Being Alive 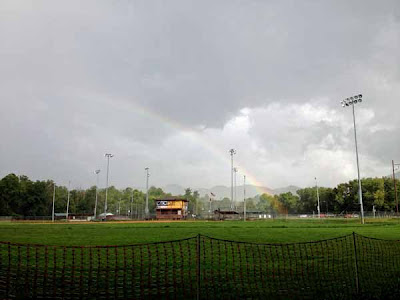 Have you ever touched a rainbow? And no, I don't mean in the spiritual, poetic sense... I mean really, reached out and touched the colors. I did that last night! What an exhilarating experience! It all started with a train and getting stopped by a cop...

It was the start of Labor Day weekend. In trying to be good and squeeze in some exercise before going to a Friday night movie, my walking partner and I decided to head to the nearby Oaks Greenway, for a super quick 3 mile walk - sans dogs (they slow things down considerably). But wouldn't you know it, a slo-o-o-o-o-o-w train had traffic backed up right before we needed to turn. It was only 25 yards or so further to our turn, and no cars were coming, so I helpfully suggested a creative traffic maneuver that would help speed things along. And it did, for about 10 seconds, until the blue lights appeared in the rear view mirror. Arg!

Fortunately, this turned out to be a nice officer, and he let us off with just a warning. We drove the additional few feet over to the parking area and hopped out. Eager to make up for lost time, we opted not to take the umbrella and instead just scurry on up the road. Big mistake. Despite the fact that it was sunny, blue sky weather when we started, we got caught in a downpour. Hopeful that it would just be a quick shower, we took shelter under some trees and waited, and we talked about Marti. 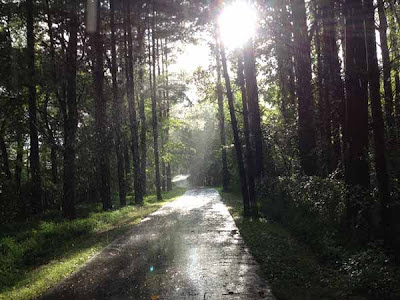 Marti died yesterday. She was young, only in her 50s, and full of life. A few months ago, plagued by indigestion and stomach issues, she went to the doctor. It turned out not to be a food allergy, but pancreatic cancer. You hear these stories from time to time, and they almost become cliche. But the thought that someone I know, someone just a little older than me, someone who just a few months ago was worrying about work, finances, getting the "to do" list done - is now gone... it seemed surreal.

The rain went on and on, and pretty soon it became obvious that the "hunkering down under the trees" solution wasn't working. So off we went, into the rain, laughing and squishing and remembering how much fun it used to be to play in puddles as a child. Just for old times' sake, I jumped in a few of the biggest puddles. And then this rainbow appeared - which in and of itself was a treat. But as we continued up the greenway, suddenly the rainbow was right there, next to the path! You could actually reach out and touch it! Amazing! It's also amazing that these photos turned out, since it was really pouring at the time. I guess it's hard to drown an iPhone. 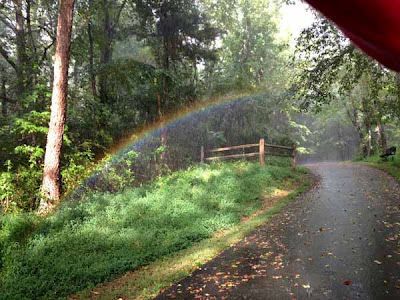 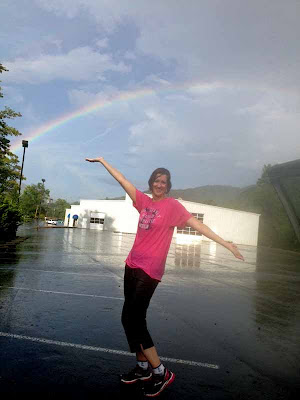 Even though getting stopped by the police and getting caught in a downpour weren't at all convenient or in keeping with getting to the movie on time, it was fun. Fun in a crazy, go-with-the-flow kind of way. And I felt very alive.

There's something about getting drenched and touching a rainbow that makes you feel very, very alive. I think Marti would be happy to know that we were laughing and jumping in puddles and thinking of her and touching rainbows all at the same time.


The one who wasn't happy was Lady. Even though she can't talk, it's always quite clear when she's displeased. She acts out by stirring up one of the throw rugs. 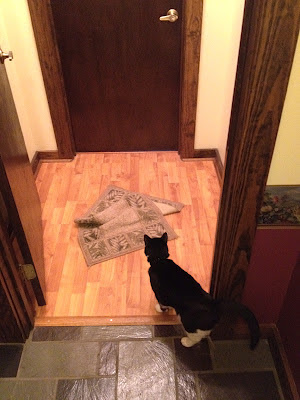 And if she's really, REALLY unhappy, she stirs up two rugs. 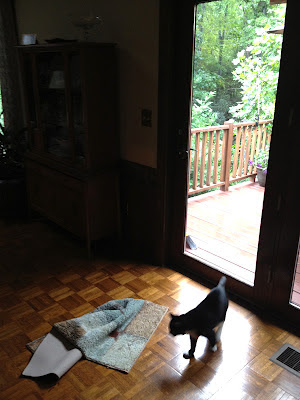 It's hard not to laugh when she does this, but of course I don't. Because to her, it's serious business. 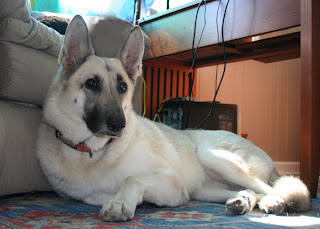 I just feel lucky to have a dog who expresses herself by stirring up the rugs, and not be eating furniture, wallpaper, or sheetrock... like in this photo I found tonight on the blog life in the dog house. 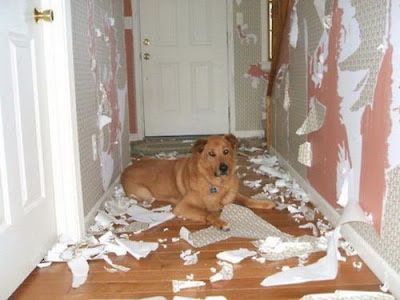